Protects against the SARS-CoV-2 virus.

The first choice for protection against airborne viruses and bacteria.

NanoStrike is the patented core technology that powers all NOVAERUS mobile air disinfection units. This plasma-based nanotechnology kills all airborne microorganisms on contact and is the first choice in protection against viruses and bacteria.
Independently tested and proven
NanoStrike has proven its effectiveness in killing and deactivating the smallest viruses, bacteria, mould spores and volatile organic compounds (VOCs) in the air in dozens of tests at independent laboratories.
in the air.

Multiple inactivation processes in one powerful blow
NanoStrike was developed by the Novaerus team of scientists and engineers. To kill and deactivate harmful microorganisms in the air, it uses an atmospheric plasma discharge - the same type of discharge used in lightning strikes. NanoStrike plasma coils deliver a lethal blow to airborne pathogens through multiple simultaneous processes, resulting in the rapid destruction of airborne pathogens.

Killing and deactivation in less than a second at the DNA level
NanoStrike destroys the DNA and protein that make up nano-sized viruses, bacteria and fungi. This prevents the spread of viruses and the multiplication of bacterial and fungal spores.

Bursts the pathogen cell
NanoStrike has the unique ability to burst a pathogen cell. Other technologies merely deactivate it. NanoStrike simultaneously attacks the cell membrane, DNA and protein. This creates an osmotic pressure that causes the cell to burst quickly. Once the cell bursts, it can no longer heal itself. This ensures that it cannot become a viable infectious agent again.

No chance for antibiotic resistance
Unlike deactivation methods for airborne pathogens, which are based on individual processes, antimicrobial resistance (AMR) cannot develop. AMR occurs when microorganisms such as bacteria, viruses and fungi develop in such a way that they become resistant to solutions that are supposed to inactivate them. This renders these solutions ineffective.
X 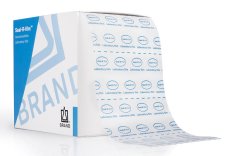 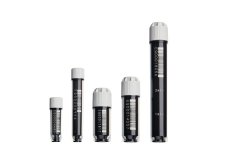